Nashville has more stories than we could ever squeeze into an evening walking tour. We have, however, got a magnificent selection of historical hauntings for you.

Our tour combines the fascinating history of Nashville, with confirmed accounts of ghostly hauntings. From the smuggler’s tunnels under the city to the pervasive sound of country music to the Civil War, and modern-day floods that tragically affected much of the city, the supernatural touches every aspect of this city.

Only our tour will visit some more off the beaten track locations. Like the 2nd Avenue restaurant that can grant you a peek into the network of miles of tunnels under the city, connecting the river, the hospital, and the University with branches rumored to head off into the nearby hills. The tunnels once provided the illicit stills with covert transport to the clubs, and the river beyond that. The tunnels saw a lot of action during prohibition, including torture, murder, and beatings of uncooperative club owners by the cities gangsters.

On the Nashville Ghosts tour you will hear their stories and the stories of the people who still haunt the tunnels today.  Tennessee has some amazing stories, we only wish we could include them all, but it would be a week’s long hiking tour, not a 90-minute tour if you take the extended tour that adds another 4 fascinating locations to your Nashville Ghosts experience.

The best of the stories outside the vibrant downtown riverfront district, that we just could not include on this tour, were added to our blog about the most haunted places in Tennesee, where you can easily get in the mood for your haunted walking tour around Nashville.

Here’s a preview of a few of the places you will visit:

WHAT'S ON MY GHOST TOUR 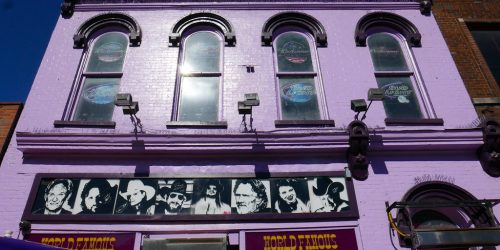 Many a household name got their start singing and playing at Tootsies, the eponymous owner met her sad demise here, and often appears at bar, but only when the music is good… 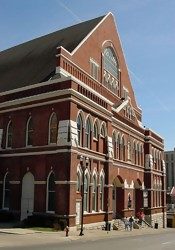 The home of the Grand Old Opry, a Country music legend, the Ryman Auditorium also houses the ghost of The Grey Man, hear his terrifying story and the history of this magnificent building on the Nashville Ghosts tour. 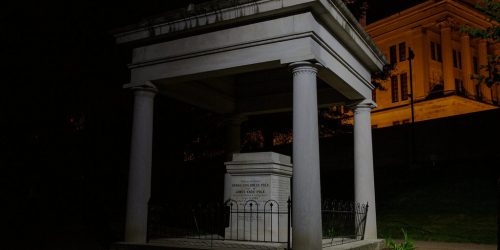 The final resting place of the President who enlarged the United States to reach the Pacific. His grave has been pretty mobile since he died, catch his ghost here while you can!