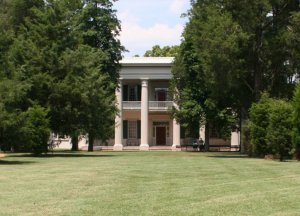 You may know the Hermitage as the home of Andrew Jackson. Andrew Jackson was the seventh president of our country. This plantation will be fount about twelve miles to the east of Nashville. It will sit on 1,100 acres of property. This property includes the tomb of Andrew Jackson and Rachel, his wife. This was the home of Jackson, other than the years he was president. This was his home from the year 1804 until he passed away in 1845. This place was known as a great resting place, however, it was also known as a place of suffering for the hundreds of slaves that were used. 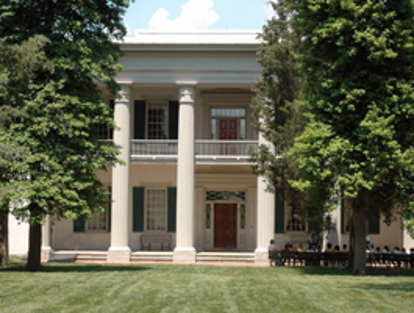 The original mansion was 425 acres. He bought the land and it included several slaves as well. He bought it from a man who was named Nathanial Hays. Jackson would cane it the Hermitage. Jackson and his wife Rachel would move into log buildings that were found on the farm.

It was in 1819 that the construction of the mansion would begin. The mansion’s location was chosen by his wife, Rachel. The original home would have only two floors and symmetrical, broad center halls. Each floor of the home would have four rooms. The first floor featured two parlors, a dining room, and a master bedroom. The second floor of the mansion had four bedrooms. The home also featured a basement, kitchen, portico, metal gutters, and nine different fireplaces.

This was Jackson’s wife’s favorite place to be. She loved the garden and would adore all the flowers. Her favorite flowers filled the garden. This included peonies, roses, geraniums, irises, daisies, and even crepe myrtles. The garden was designed by an English gardener. His name was William Frost. William included fruit trees, herbs, vines, berry bushes, and vegetables. The love that this woman had for her garden is what inspired Andrew Jackson to bury her in it after she had passed away.

The Facelift of the Property

It was in 1828 that Jackson would become president. It is unfortunate, however, Rachel would become sick during his campaign. She had passed away in December of that year. Jackson would enter the Whitehouse without a wife. He would console himself by conducting a huge renovation of his home.

It was during this time that the mansion would be expanded and feature thirteen rooms. There were wings that were added to both sides of the house. The east wing would feature a library and office. He would spend most of his time here after retirement. He enjoyed reading a lot. The west wing would feature a pantry and dining room. He also added a smokehouse and kitchen behind the large home.

In 1834, a fire had broken out in the Hermitage. Jackson was still in the White House at the time when this chimney fire had struck. This fire would destroy the east side and central part of the home. After the fire, two architects were hired to help redesign this mansion. Joseph Reiff and William C. Hume were hired to help turn this mansion into a Greek Revivalist style home. He also wanted columns on the front porch. These columns were to be painted to appear stone.

It wasn’t just the outside of the home that was redone, the inside was as well. The original woodwork was replaced with Greek Revival-style and marble. There was an elliptical staircase to replace the normal stairs. Most of the wallpaper was destroyed in the fire so they swapped it out for a modern design that would be imported in from France. 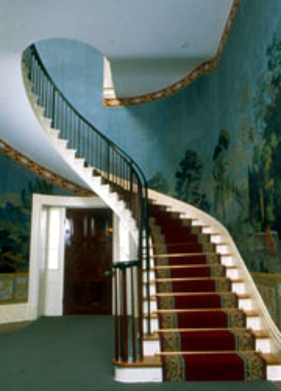 The architects during this build would take several precautions to make sure that another chimney fire would not destroy the home. They would cover the brick that had been scorched with tin. They then would paint this tin white using fire-proof paint. By the time that the renovations would be finished, this was a very impressive plantation home. It would also be one of the most modern plantation homes in the South as well.

The Death of Andrew Jackson

Andrew Jackson passed away on June 8 in 1845. His body was buried next to his wife in the garden of the Hermitage. It was in 1856 that the state purchased about 500 acres of the property. This included the outbuildings and mansion. The property was purchased from the son that Jackson had adopted. The intention of this was to make a shrine for Andrew Jackson. However, the state had other ideas. They had planned to give the property to the Federal Government. The plan was to use the site for the southern branch of the military academy. Even after this, the family would remain at the Hermitage. They were caretakers until 1887.  After this, the plan was endorsed for using it for the military academy, however, there was a threat between the North and South at this time so they did nothing about their plants. It was in the 1870s that people would visit the plantation. Plus, in 1889, a group of very wealthy women from Nashville formed a group. They would gain ownership of the mansion as well as twenty-five acres of land the next year. This association would open the Hermitage to the general public. It was now a museum. This also helped preserve the land and monuments. The Hermitage has since been restored to the appearance it had in 1837. This is how it looked when Andrew Jackson returned after his second term in the Whitehouse.

The ladies that had restored the mansion and were there for most of the time had reported numerous weird instances. Ladies who had spent some nights in the mansion had discovered that they were not alone. Many women reported that they were awakened by very loud noises coming from the kitchen. They stated that it sounded like pans, pots, and other dishes were being thrown across the kitchen. Other noises were heard as well. This included the sound of heavy chains. These heavy chains sounded like they were being drugged across the front porch of the mansion. Plus, this weird sound, someone riding a horse down and up the stairs. The women have also reported that they have seen apparitions and heard voices.

It is also said that Jackson and his wife still linger around the property as well. One person states that they were in the home and heard the breaking dishes. They went to the kitchen to see what was going on and it stopped. They had left the room and it got louder along with the hooves of horses. Then, the front door, as well as the back door had burst open. All these people could hear was the voice of who they believed was Andrew Jackson. This voice asked what are you doing in my home? These people stayed one more night and the same thing had occurred, however, they made sure they were the only ones their so they knew no one was messing with them. Not only do you hear this, but you may also hear the laughter of children.

The Hermitage is a great place to visit and has a lot of historical things that you can learn, however, you might be in for more than just a history lesson if you visit there. There are many spirits said to still linger around the land. Especially that of Jackson and his wife. The mansion is extremely old and that is why you can expect to hear and see some type of paranormal activity. It happens to homes and places that have a lot of history.

If you decide to visit the Hermitage today, you will find the building restored to how it looked when Jackson returned home after his second term as president. You will find many things about how they would have been left during that time. However, you may also find yourself hearing the voices of spirits as well.