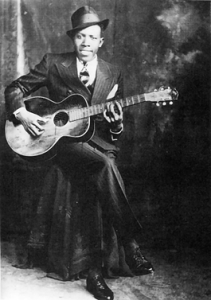 Faust was a doctor of theology, medicine, and alchemy born around 1460-1480 somewhere in Germanic Europe. He became an itinerant astrologer, magician, and alchemist during the period known as the German Renaissance. During his lifetime, the man traveled a deeply religious and superstitious landscape. He was persecuted for his works in different fields of science and his devotion to the acquisition of knowledge; two big NO NOs under the church’s strict dogmatic control. This invariably leads to a series of rumors spreading about the man. Fear-mongering at its bases. Faust was challenging divine rule by using math, physics, and astrology to shed light on various holy mysteries; he was flicking his finger at the church’s gag order… an institution that, given Columbus stumbling unto a New Rich Land and basically undermining their idea of the natural order of things, was losing some of its rule and power; most monarchies wising up to the fact that perhaps they should invest in other arts besides Holy Communion.

The Church created a rather pernicious folk legend around Faust. A tale that became a literary fooder for artists everywhere. The church did more to promote the “whole deal with the Devil” sin than any other institution out there; sort of like, “don’t do drugs… even if you didn’t know they existed and I just gave you a road map to the nearest dealer.”  The man supposedly was in league with the Devil. Artists fascinated by the tale embellished it and created great works and plot lines around Faust’s sinfully wicked contract. Christopher Marlowe adapted the story in his play The Tragical History Of the Life and Death Of Doctor Faust (1604). In 1808 Goethe’s drama Faust capped the legend and christened a whole narrative tradition known as Faustian Deals; stories based on the premise of a central character making a deal with the Devil for some sort of gift, prize, or secret knowledge.

Robert Johnson and the Devil

Since then, every couple of years, we’re submitted to a by the numbers tale of Mephistopheles handing out a contract and some poor sap signing on the dotted line. Bulgakov’s The Master And Margarita. Manns’ Doctor Faustus. Benet’s The Devil and Daniel Webster. Ramis’ Bedazzled… And Robert Johnson and the Crossroads.

Let’s hop on a time bus and skate out of dreary old 17th century Europe and jump into dreary old – swampy – 1930s Deep South. The legend of Robert Johnson, the King of the Delta Blues, the Guru of the Guitar, The Svengali of Swing, and the very first rock star, and how he sold his soul to Old-Scratch just as Faust did.

Robert Johnson had a dream, he wanted to be the greatest guitar player that ever walked the land. He wanted to be a God. The only thing stopping, the hopeful young man from rural Mississippi, was the fact that he couldn’t carry a tune in a bucket and his shredding skills made cat’s in heat want to shout: “man that’s annoying.”

Johnson was one of 11 kids. He was captivated to the point of obsession with music and maybe he regarded it as a likely way out of his hard life. As a lonely adolescent African-American in the Deep South, in the middle of The Great Depression, Robert really didn’t have a truckload of opportunities.

Every night, Robert would swing by the local Honky Tong and every night the patrons would shriek in agony the second he’d start to play. The man laughed off stage constantly. He couldn’t play even if his life depended on it.  Downtrotted, Robert decides to switch it up.

Robert vanishes from Clarksdale, Mississippi. PUFF, into the wind. No one knows what happens to him.

A year later, Robert comes back, waltzes into that same Honky Tong. Everyone face slaps themselves and groans, “didn’t we get rid of this chump?” “Marge, got any cotton for my ears?… This is going to be a pain.”

Robert ignores the laughs and yeers. He pops an old worn-out guitar from a waterlogged case, lights a cigarette, and starts to play. The crowd is stunned. It’s like nothing they’ve ever heard before. Just a single lone figure and it sounds like a whole band. There’s a rolling beat to his tempo, his fingerpicking skills do summersaults and complex arpeggios. He’s using the guitar in experimental ways that haven’t been seen. And his voice… It’s gravely, raw, filled with emotion, shrouded in pain and circumstance, a call that belongs to a man that has gone to Hell and back.

The gossip mill starts to crank up.

The Devil at the Crossroads

The story, partly backed up by Robert himself – we’ll get to that in a minute – states that Robert, during that lost year tried his best to become the musician he dreamed of being. To no avail. Down on his luck and out of options, he met a warlock that instructed him to take his guitar to a specific crossroads at midnight.

Robert goes up to Highway 49 and 61 near Clarksdale, Mississippi. He gets down on one knee and starts to play his guitar. At the stroke of midnight, a large black man – The Devil – comes out of nowhere. Old Scratch stares down at Robert, smirks, and plucks up the boy’s guitar.

Robert starts to cry, the Devil wipes his tears and uses them to polish the guitar’s strings. Robert starts to bleed from his mouth, the Devil dips his fingers in the puddle of blood pooling on the floor and tunes the instrument with sanguine hands. Robert chokes on his sorrow, the Devil breaths it in and then blows that condensed pain onto the guitar’s hollow interior. Then, the Devil plays. It’s rich. It’s bizarre. It’s haunting. It’s something celestial… a Fallen Angel fueling his blues with the visions and a heavenly city he’ll never see again. The Devil plays for an hour, the moon framing him and Robert in its glare.

The Devil helps Robert up, hands him the guitar, and in exchange for his soul, grants him mastery over the instrument.

“You want to know how good the blues can get? Well, this is it.”

Robert goes on to extraordinary fame, he records 29 songs in a couple of years. Thelonious Monks, Eric Clapton, Keith Richards, John Mayer, Bod Dylan, Muddy Waters, and hundreds more are inspired by Robert’s techniques to take up the ax.

Robert flies out of Mississippi and delights crowds in Chicago and all over the greater U.S. He hardly opens his lips while singing and when he plays his fingers fly over the fretboard and strings like grease on a hot skillet.

Johnson instantly rose to fame. He has money. He has class. He has adoring fans. And in every town he performed in he has at least one lover warming his bed and waiting to rock his world for the night.

As an artist, he can shift from up-tempo jazz to country, to blues, to pre-rock at the drop of a hat.

And he never once shies away from the legend and rumors that surround him.  He creates melodies and songs around this peccadillo. “Cross Road Blues” (Crossroad), “Last Fair Deal Gone Down,” “If I Had Possession Over Judgement Day,”  “Me and the Devil Blues,” and “Hellhound on My Trail.”

From 1936-1938, Robert goes from Mississippi rat to the KING OF DELTA BLUES… Then, the Devil comes back to collect his part of the bargain.

On August 16, 1938, at the age of 27, near Greenwood, Mississippi, Robert dies. The local newspaper doesn’t pick up the story and for more than 30 years, the man simply vanishes. No one knows that he’s dead and in a grave. No formal autopsy was done, as a dead black man discovered by the side of the street near a farm, doesn’t really bother the local all-white constabulary. A pro forma exam was done to file the death certification, and no direct cause of death was discovered.

His life is filled with plot holes and incongruities… His death is as enigmatic.

To add to the whole mysterious affair… The exact location of Johnson’s grave is officially unknown; three different markers have been erected at possible sites in church cemeteries outside Greenwood. That’s right, no one knows where Robert Johnson is buried. John Hammond, Jr., in the documentary The Search for Robert Johnson (1991), implies that owing to poverty and lack of transportation, Johnson is most likely buried in a pauper’s grave our a potter’s field.

For more weird tales check out our blog.