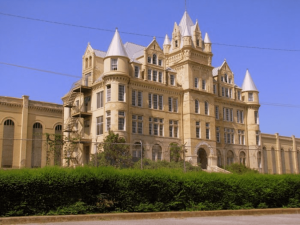 This location is one of the most haunted places not only in Nashville but in Tennessee. The facility is known for it using the electric chair. The structure is now abandoned, however, that doesn’t mean you are alone. It is said that you can hear the screams of those who were executed. When the prison has been used it was known for riots, overcrowding, and jailbreaks. This is why you may enter and feel cold, or hear footsteps. You may even see apparitions. 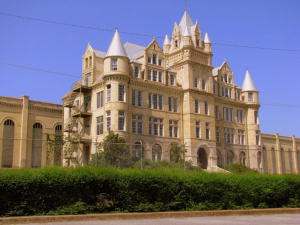 The prison was designed to look like a penitentiary that is located in Auburn, New York. This prison had been well-known. It made the striped uniforms, lockstep marching, daytime work, and solitary confinement famous. This prison would contain eight hundred cells. These were small and were designed for a single inmate. There was also an administration building and several other buildings on the property. The other buildings would be used for warehouses and offices. They had even built factories inside the prison walls. These walls were twenty feet high and three feet thick. The walls were made of rock. The plan would also include a farm that was located outside the walls of the prison. The prison also had a plan that would isolate the younger criminals from the hardened older ones.

This building would be built by a man named Enoch Guy Elliot. He had married Lady Ida Beasley Elliot. She was a missionary to Burma. The governor had made Elliot a Chief Warden of the prison that was in use while the new one was being built. This is why the new prison was built with mostly prison labor.

The construction had exceeded its budget of 500,000 dollars. This is just over twelve million dollars today. They exceeded the budget without the price of land included. With that being said, the prison had opened with 800 cells. It opened on February 12 of 1898. That day alone they would admit just over 1,400 prisoners. This caused extreme overcrowding. Keep in mind there were 800 single-cell units and 1,403 inmates were in that area. This wasn’t the only time that overcrowding was a problem. This problem would be seen for the next century. The original penitentiary would then be demolished about a year after the new one was built. They would use the materials from the building to create more buildings on the land. These outbuildings had been made of the old penitentiary materials.

Every convict inside the penitentiary was expected to help with the cost. They were to pay for their cost for being incarcerated by physical labor. Within two years of being inside the new prison, the inmates would work around sixteen hours each day for very small rations. They would also have unheated as well as unventilated sleeping areas. The state would work with private companies that would open factories inside the walls of the prison. They would use labor from convicts as well.

This penitentiary would have its own share of problems. It was in 1902 that a group of seventeen imprisoned men would blow out the end of one of the prison wings. This would kill an inmate and would allow two inmates to escape. These two that escaped were never captured. Another problem was when a group of prisoners had gained control of the white wing. They would hold this segregated wing captive for eighteen hours. After eighteen hours they would surrender. It was in 1907 that several convicts had gained control of a switch engine. They proceeded to drive it through the gate of the prison. There was a mass escape staged in 1939. They had several fires ignited and one of them had destroyed the dining room. There were many riots that had occurred between 75 and 85.

It was in 1989 that there was a new penitentiary built. This penitentiary had closed in 1992. It was never allowed to house inmates again.

The prison was not only known for a prison, but it was also a well-known area for filming. It would host many famous people. One of the most well-known filmed movies was The Green Mile. This movie is about Paul Edgecomb, played by Tom Hanks, who would walk a mile with many different convicts. These convicts were all going to the electric chair. He would encounter people he would have never encountered before. This included John Coffey. He was a massive black man that was convicted of murder. He was convicted of killing sisters in a brutal manner. It was said that he didn’t have the demeanor to kill anyone, however, he had the strength and size. Anyhow, he had a supernatural gift that made Paul wonder if he was really guilty of murdering the sisters.

This movie is a well-known movie that was released in 1999. It used the penitentiary for its filming.

Other movies and shows that had used the penitentiary for filming include Ernest Goes to Jail, The Last Castle, and Against the Wall. Eric Church had even used this area for the filming of two of his music videos. Pillar had also used this for a music video as well. The most recent thing to be filmed here is the Celebrity Paranormal Project. It would film The Warden and Dead Man Walking.

The Tennessee State Penitentiary has been abandoned since its closure in 1992. It is a very eerie spot that often gets the best of people. The outside may look interesting but the inside is far better. The inside looks like something you would expect to see out of a haunted attraction or scary movie. There are metal bars that have been left to rust, concrete that has been crumbling for years, and even an electric chair. The chair is deteriorating in a cell all by itself.

Do you know how they say curiosity killed the cat? Well, in many cases it does for most people. This eerie spot has a lot of hidden treasures on the inside, or so people think. The land used to be open and it would have signs that stated no trespassing. Even though the signs were posted, people would enter. They were curious. They are no longer able to trespass today because it is guarded by the owners. The Department of Corrections still owns the property. They do not want people going inside the building mainly because it is not in good enough condition. It is not a safe place to be because of its deteriorated state.

People who have entered the land in the past have reported some strange things. People report that they had gone into the prison and heard strange noises. The noises sounded like people clanging on their cells. People also reported that they would hear screaming. They would follow the screaming because they believed someone was playing a joke on them only to find out that they were the only people inside. Another thing that is common is the noise of phantom footsteps. They could be heard right behind you but no one will be there. It is said that the screams that are heard are from those who were executed with the electric chair. 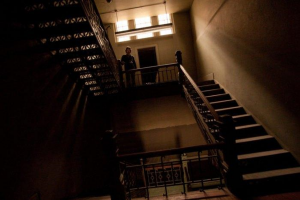 There is a group of people in the historical society that want to fix this building. They would like to purchase the building or at least renovate or save it so that the public can view it safely. They want people to know the history of their town and this building. However, they do not want people sneaking in and risking their lives to do so. They are hoping that in the near future that the penitentiary will be updated so that it can reopen as a museum. It is the goal that people learn more about their town’s history. 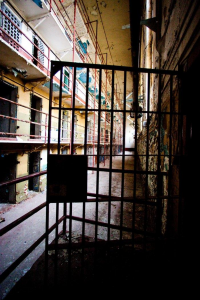