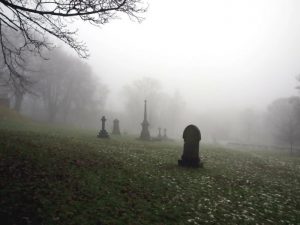 If you are like most people, cemeteries creep you out. Many people do not realize the history behind many of the areas that they walk on. This is one of those stories. This is not your ordinary cemetery, in fact, it is far worse. The land that you are walking on is something you would not expect. 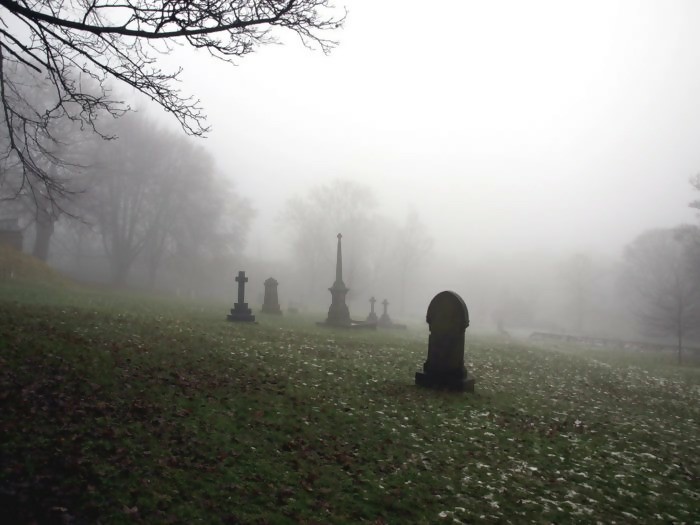 You are unable to visit this cemetery today. However, you can visit where it was once located. You can visit this in a little different way through a poltergeist. The graveyard was built before 1970 and was a great place to be laid to rest. However, since then, it has become something out of a horror movie. You can find this land at the end of Walkup Road. The road is located in Pegram which is very close to Tennessee. They are practically joined together. However, you must beware of the story behind the cemetery. It might just chill your bones.

The Pegram Family Cemetery was sitting and deteriorating until the 70s. It was in 1970 that things began to change. A group of people purchased the land. They had decided to hire developers to raze land. They razed a stretch of land that was located along a river. This was the Harpeth River that can be found in Pegram Tennessee. This land included the Pegram Family Cemetery.

The developers took proper precautions and removed those buried in the cemetery. They then decided to build homes on concrete slabs. They had many materials that were used. Some of the dirt that was removed from the area was sold all over the county. There were other materials sold as well.

However, five short years later, the Harpeth River had risen thirty feet. During this flood, a coffin appeared. The coffin had the remains of Mrs. Carrie Pegram Heath. The coffin surfaced in the yard of someone who had recently moved in named Archie Greer.  She was a postmistress of the town. In fact, she was the first postmistress of the town. It was assumed that she was reburied, however, was she the only one who was not properly removed?

During this time, the news was on the spot. They wanted to cover the story of the woman who had surfaced during the flood. It was not something that you see every day. Plus, it was then that the town had discovered that the developers who were doing this project did not take good care of the dead that were located in the cemetery. Plus, the dirt that was excavated was sold throughout the town. This means that the cemetery grounds are spread all over the county.

Despite these issues, the developers were allowed to continue building after this. However, they had large fines due to their mistake. Their fines were over 500,000 dollars. During this new building, they had built a new Town Hall. The new area was called Harpeth Haven.

Then again, in 2010, another flood occurred in the same area. Once again, Mrs. Carrie’s coffin had risen. She had to be reburied again. People refer to her reburial as being pushed back into the ground. She was buried right where she was found. She was buried in the yard of the first house in the subdivision. She is now laid to rest behind a high fence. However, it is not peacefully laid to rest. Many people referred to Mrs. Carrie as a poor woman who couldn’t rest in peace. While Mrs. Carrie is the only grave that popped up, it is suspected that there are several more tombstones and coffins below the cement slabs of the houses. 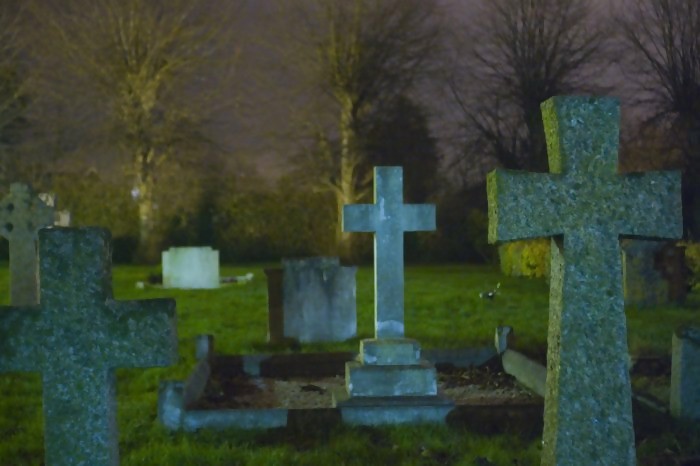 Ever since Mrs. Carrie had been pushed back into the ground, there have been a lot of mysterious things happening. Not just from the 2010 flood, but the 1975 flood as well. The town that was built along this river over the previous burial site has experienced a lot of issues the town is beautiful, however, nothing seems to work properly. It seems as if this little town is unable to work alone. It always needs some help from the outside. This town is considered incompetent without the help of others. The town is very troubled. The first thing that happens is that the sewer that is installed never seems to work properly. Plus, the supermarket that was built mysteriously burned down.

Another thing is that there is a lot of unusual flooding that occurs in this area.  Some homes were built to resist flooding but they would still flood. Areas that should not flood and would not normally be able to flood have flooded. We are not just talking about an inch of water, we are talking about homes that shouldn’t be flooded, filled with water.

Another weird thing is fires. Remember how we mentioned the supermarket mysteriously burning down? Well, that isn’t the only instance where fires are reported. Many fires occur randomly. When these fires are put out completely, they have no chance of restarting. The coals are cold and the fires are out. However, in this area, the fires seem to reignite. It is something that cannot be explained. An area that has been completely extinguished reignites with ease. These are some things that simply cannot be explained. 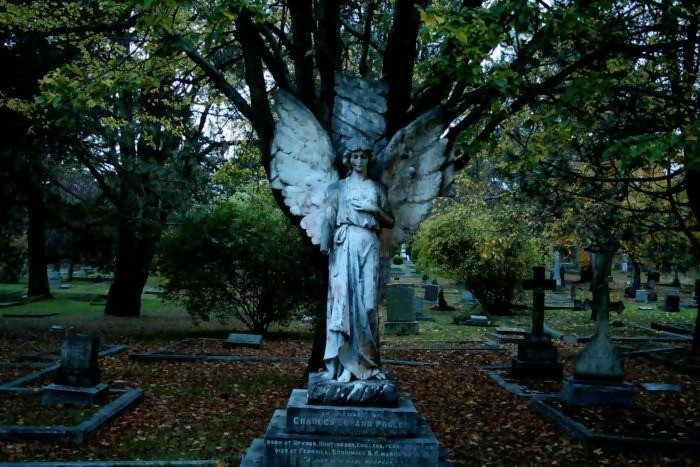 People who visit the area have some things to say. One person says that it is very eerie going into that area. It is a weird feeling when you are in the county. People believe that the whole county is haunted due to the use of the soil all over. The soil of the cemetery was sold to be used in most of the county and that is why it is believed to be haunted.

One person who lived on the property states that there were still tombstones in the yards of some of the houses. From the years that the man lived there from 1980 until 1998, Carrie Heath’s headstone was in his yard. It was never removed. Another person who lived there stated that several tombstones were found along the river and that there were always weird things happening inside their house.

One of the weird things that happened was when a couple was lying in bed reading. They had their bedroom door closed and there was a voice on the other side. (Keep in mind no one else was home.) The voice said, “Well, you believe that you got it bad?” The couple both heard the voice and the sentence. They stated it sounded like someone who was in their thirties and that was a man. After this, the couple searched all the rooms, all electronics, and everything they could. Nothing was on and all the locks in the home were locked. There was no explanation for what had just happened. This same voice often says hello when the couple walks up the stairs now as well.

We saved the best story for last. This is from a family who had moved into the area in 1976. They had the home that was at the end of the road. The road was known as Walk-Up Road. Their house was located on the left and was the third one before the end. The night that the family moved into the house, the husband went to get their last load of items. IT was at this time that the house shook suddenly. It was as if something was hitting the end of the house or like an earthquake. The wife was home with her two children and they laid in the hall and were afraid to move. They had just moved in and there were no curtains on their windows and at this time there were no cell phones and their home phone had not been connected yet. This shaking occurred seven times. This family had no idea about the stories and the graveyard that they were living on. The family soon discovered the story. The family decided to live there for about nine years before they would move again. During this time, there were only several houses in that area. The shaking happened on several occasions to all the houses in the area.