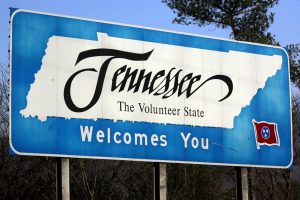 Nashville City Cemetery is Tennesee’s oldest burying ground, established well before the Mexican-American war. Tennessee is chock full of great barbecue, history, country music, and a heap of lesser-known haunted locations. The Volunteer State was originally part of North Carolina before it was admitted to the Union on June 1st, 1796, as the 16th U.S. state. The state earned its nickname during the War of 1812 when many Tennesseans would step in to assist in any way they could with the war effort. The nickname became even more prevalent when during the Mexican-American War in 1846. The Secretary of War asked the state to provide the effort with 2,800 soldiers, and Tennessee sent over 30,000. A true southern gem, Tennessee lives up to its name. What about hauntings, though? Most residents know of the paranormal happenings at Tennessee State Prison, Ryman Auditorium, and even Opryland Resort, but below is one of many of Tennessee’s lesser-known hauntings: Nashville City Cemetery.

Nashville City Cemetery is the oldest public burial ground in the city of Nashville. This Music City cemetery is the site of over 22,000 burials, many of which include famous historical figures such as Charles Dickinson and musicians. A serene and beautiful memorial to Tennessee’s deceased, the cemetery truly comes alive with ghostly phenomena at night.

Constructed in 1822 by William Strickland, the cemetery has been the top choice for local notables’ last resting place since its inception. One may recognize the name William Strickland, as this New Jersey architect had a penchant for Greek Revival architecture, and he designed multiple buildings in Tennessee as well as Pennsylvania, including the Tennessee State Capitol Building and the Belmont Mansion. The grounds were designed with plenty of pathways and greenery, reminiscent of a park. By 1850, the cemetery was halfway to its capacity, with over 11,000 bodies interred here. However, the regular burials couldn’t stop the area from falling into disarray, and the cemetery decayed until the late 1950s. Ben West, the mayor of Nashville in the 1950s, came forward with ideas to preserve the historic cemetery. Ten years later, it was added to the National Register of Historic Places. Among the many people buried here lie Nashville’s founders, James, and Charlotte Robinson, as well as Confederate Army generals and influential politicians and their families. One of the most significant features of the cemetery is the fact that the area was not segregated, despite being centuries old. With most cemeteries in the south separating the dead by their race, Nashville City Cemetery buried people from all walks of life together so that they could rest in harmony. In recent years, the city has made an effort to highlight and acknowledge the enslaved people buried here in the graveyard by replacing their small headstones with significant and beautiful memorials. Wander around the grounds of this cemetery, and you’ll find all walks of life from soldiers to blacksmiths, civic leaders to confederate generals, as well as slaves and carpenters.

While the cemetery itself isn’t home to many disturbing tales, one location in particular within has given this cemetery its haunted reputation: Ann Rawlins Sanders and ‘Suicide Rock.’ This unique attraction brings about plenty of visitors to learn of the ghost story attached to it.

Within the cemetery lies a large boulder-like headstone that sits towards the front of the cemetery. It marks the final resting place of a woman named Ann Rawlins Sanders, who died in 1836. Ann died young at just 21 years of age, leaving behind her husband of four years, Charles. The story goes that the night of Ann’s death, she and Charles had a massive argument. The confrontation became extremely heated, and Ann ran away from her home and problems, but since she had nowhere to escape to, she ended up just wandering around town trying to plan her next move. Eventually, she found herself on a cliff that towered above the Cumberland River. In a moment of exhaustion and sadness, she jumped, plunging into the river below and drowning. Lost in her loneliness, she didn’t realize that her husband had followed her, searching for her in the darkness. He found out what had happened the following day, and for her burial, he had a piece of the cliff cut and placed atop her grave. Ann was notoriously afraid of the dark, and so her husband also had a lantern installed above her grave to provide her spirit with plenty of light.

At Ann’s grave, people report the sounds of sobbing and arguing despite no one being around. Witnesses have also seen a woman sitting atop the boulder with her face in her hands, disappearing as soon as they come too close. The headstone itself, made from the cliffside Ann leaped from, has a dark and gloomy history attached to it, making it a meeting place for other spirits in the cemetery, including a man dressed in old-fashioned clothing who has been seen sitting with Ann near the boulder and has even been witnessed lighting the lantern for Ann.

Other Resident Spirits and Popular Gravesites

Many of Nashville’s most famous are buried at Nashville City Cemetery. It’s no wonder the cemetery is almost as old as the city itself! Included in the mix is renowned duelist and attorney Charles Dickinson. He was initially laid to rest in his family’s plantation’s land but was reinterred for safekeeping in the Nashville City Cemetery in 2010 when his grave was discovered. Dickinson has bled to death after a duel with Andrew Jackson, who went on to become president of the United States. It is said that Charles Dickinson shot to kill and aimed for Jackson’s chest. Jackson fought the same way, and apparently, his gun skills were a bit sharper and faster as he won the duel. Andrew Jackson’s reputation suffered due to this, but he still moved forward in his political endeavors.

Another of Nashville City Cemetery’s most notable is the gravesite of Salem-native William Driver. Born in Massachusetts in 1806, William Driver was a sea captain who began his long maritime career as a cabin boy years prior. After he was appointed and recognized as a master mariner, his mother sewed him a flag to fly upon his own ship, a symbol he named ‘Old Glory.’ Little did he know, but that flag eventually became the United States flag. When Union soldiers occupied Nashville in 1862, Old Glory was placed atop the Tennessee State Capitol building, and the rest just fell into place in history.

Captain William Driver’s ornate and gorgeous grave marker was made in the shape of a tree branch with a large anchor to represent his life at sea and his love for sailing. It also includes three different epitaphs that recount his travels and the history of ‘Old Glory.’ Four Confederate generals also lie buried within the cemetery grounds, alongside multiple Nashville mayors, including Francis Fogg (Who developed Nashville’s public school system) and a handful of senators.

Visitors to the gravesite of Charles Dickinson report cold chills and goosebumps on warm days if they sit down near his headstone, as well as the feeling of being watched very closely and taps on the shoulder when no one else is around.

Have you ever visited the Nashville City Cemetery? What was your experience like there? Visiting the oldest cemetery in Tennessee must come with some pretty otherworldly experiences, and the reports and sightings that have come out of this famous burial ground prove that! If you’d like to learn about more haunted Nashville locations, stick around throughout the month of April for more articles and check out our post for the Haunted Wheatlands Plantation!