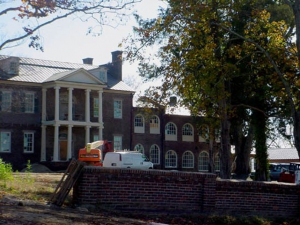 Many of you may know this location as Fairvue. It is a mansion on a lot of land that was built in 1832. It was built by Sir Isaac Franklin. He was one of the most successful slave traders in the United States during the antebellum time. He didn’t build this by himself, however, he had his nephew John Armfield alongside him. Together their slave-trading firm took off.  It is said that these men were one of the harshest people to their slaves and that you can hear the cries of the slaves today. Let’s talk a little more about this location so we know what is going on. 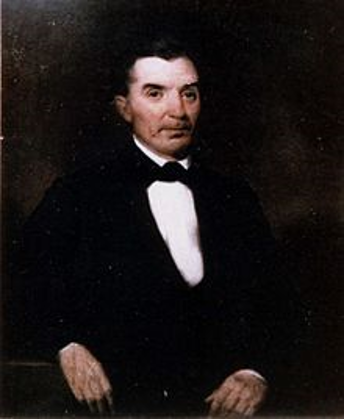 Who Is Isaac Franklin?

Isaac Franklin was well-known for his slave trading. He was born in 1789 and had grown up to own the largest firm for slave trading in the entire United States. This firm was known as Franklin & Armfield. The firm was had been based in Virginia, however, it had several offices around the country. Plus, this man owned six plantations in both Tennessee and Louisiana. However, the only plantation that was listed on the Historic Places list is the Fairvue plantation located in Tennessee.

It wasn’t until 1841 that he had left the slave trading industry and devoted all his time and energy to his plantation and properties and their interests. He married for the first time at the age of fifty. They had four children, however, none had made it passed their teen years. After Isaac had passed, his widow would sell the plantations that were in Louisiana. In 1901, other plantations were bought by the government.

History of the Plantation

This plantation was also known as Fairvue. It was built in the 1830s. Isaac Franklin had a partner who was his nephew through marriage. Together, John Armfield and Isaac had established a strong slave-trading firm. It was noted it was the best and most successful one in the south between 1828 and 1836. The headquarters would be located in Virginia, however, there were many offices throughout the region. They had offices in prominent slave-trading cities. They had them in these prominent cities so that they could ensure that all the slaves that were needed would be sold. There were many plantations in the south at this time that required the use of slave labor to get their jobs done. Isaac was able to get slaves from John for a cheaper price. This is because Armfield would utilize advertisements, agents, and his ability to pay higher, and his reputation for fair deals. These two had the most success in the 1830s. They would have agents for their business in almost every prominent city in the south. Plus, they would have fleets of ships and make more than 100,000 each year. This would be through the sales of only 1,200 slaves.

It was at this time during his career that he would purchase land not only in Tennessee but Louisiana as well. He would purchase this land because he believed that when he retired, he would transition from his life now to a wealthy planter. However, when he retired in 1836, he had owned several plantations in both states. The most popular was Fairvue in Nashville. However, he had several in Louisiana as well. When he retired from trading slaves, his earnings were almost a million dollars.

The plantation originally had 2,000 acres. It was on this land that a home was built. It was a 2-½ story home. He built this home and he was the architect. He utilized his slaves to help him get his home done. The slaves were supervised by white craftsmen. This house utilizes several styles. These styles include Adamesque, Classical, Greek Revival, and more. Plus, there would be many other buildings that were built on the property. They would have a smokehouse, stables, blacksmith shops, and even a kitchen spring up. The final cost of all the construction was about ten thousand dollars. This is how much Isaac spent to furnish his new house. The home would have an addition added several years after the initial building was put up.

Franklin would then pass away in 1846. He would be fifty-seven years old. After this, the land was transferred to his new window. Her name was Adelicia. She would proceed to sell the home to a wealthy man. This man was a banker and financier in New York. His name was Charles Reed. He went on to use the property for nursing his racehorses. Reed would eventually sell the property again in 1908. It would go through several new owners until it would be purchased by the Grasslands Project. This is a project for horse racing. This project is owned by several wealthy men. It was in 1934 that the home would be bought by William H. Wemyss. They had taken the time to restore the home to its original decor. This took a few years.

It wasn’t until 1977 that the plantation was added to the National Historic Landmark list. This includes 560 acres and the home that Isaac had built. It also includes three different slave houses, springhouse, the Franklin vault ruins, an icehouse, and an overseer’s house.

The property doesn’t resemble the use of a plantation. Today the area has been developed into a high-end golf course. It has horses and several other facilities that are placed next to the property’s house. There have been many alterations to the house that Isaac had built. This means that it doesn’t resemble the historic house that it once was. There have been additions and several other renovations done to the home as well. Since this has happened, it is no longer a historical landmark.

It is said that the area in which this plantation is located is haunted. It is presumed that the people haunting this area are the slaves of those who had been through the dealings with Franklin. People who have been around this area have stories that will send chills down your spine.

One person said that they took a photo of the area one day and there was a shadowy figure in their photo. Another said that they used to live in the area. They lived right up the road. There were many slave homes and other homes that were on the property until the government tore them down to help build a neighborhood. However, this person states that spirits roam this area. She lives where a house for a maid was. The maid’s name was Rosa and she bothers the people who live in this new home occasionally. It is said that the spirit of Rosa isn’t harsh, however, more like a protector.

One last personal story, a man was working on the land and arrived at the site early. He would sit in his truck and enjoy his morning coffee until he would see a black man standing behind his truck. The man would get out of his truck to see what the man wanted, however, the man was gone. It is believed that this is one of the slaves that Franklin had dealt with that is roaming the area. 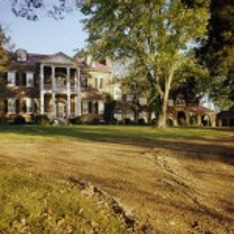 The Isaac Franklin Plantation has several spirits roaming around the area. Many people visit this area each year and are surprised by how much they can witness. Keep in mind that many people do not even realize they are on the land that once was used for trading slaves because of the modern updates. If you are ever in the area, stop and take a look for yourself. You might just hear the cries of slaves from our past.