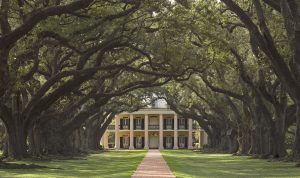 The history surrounding Tennessee’s haunted plantations and Antebellum homes is soaked in blood and mistreatment. The shadow this time left behind on the United States will never truly fade away. Hundreds of years of suffering, heartbreak, and pain envelop these plantations, as thousands of individuals were forcibly removed from their homes and forced to work the lands and farms here. At one point in time, a single person in Tennessee owned over 300 slaves, with 42 more people owning 100 or more. With such dark pasts, it would be almost impossible for these places to have come out unscathed. Read on below to find out who (or what) still wanders the acres of the haunted Wheatlands Plantation.

In the ever-so-beautiful Wears Valley and home to Dollywood lies Sevierville, Tennessee. Now a giant tourist trap with large comical restaurants and statues lining its main streets, the area wasn’t always filled with joy and happiness. Named after its sizeable annual wheat crop, Wheatlands is a proper antebellum-style plantation. It was established as a family farm by Revolutionary War veteran Timothy Chandler in 1791. Chandler’s son, John, took over the plantation in 1819, and under his direction, the farm grew to be one of Sevier County’s most extensive plantations, covering 3,700 acres. The plantations surviving structures now only include the plantation home itself, a few storage sheds, and an old smokehouse, all of which have been placed on the National Registry of Historic Places. The house has been called ‘the best example of a federal style building remaining in Sevier County,’ and its architecture is undoubtedly unique.

The plantation itself sits at the corner of State Highway 338 and Cedar Springs Valley Road in the Boyd’s Creek community. The property is situated by the French Broad River, and gave it access to the nation’s waterways, providing it with an advantage over more land-locked plantations. The farm even once shipped barrels of ‘Wheat Whiskey’ to New Orleans! State Highway 338 followed a section of the Native American foot trail known as ‘The Great Indian Warpath.’ In 1790, John Sevier followed this path and ended up in a battle with local Cherokee people. This battle is known as The Battle of Boyd’s Creek and took place exactly where Wheatlands sits. Not only did the property bear witness to one of the largest slave plantations in the south, but also a Native American battle? Wheatlands truly does have it all when it comes to a negative past!  During the plantation’s heyday, it was worth well over $215,000 by today’s standards. Timothy Chandler owned 15 slaves who worked the plantation here. They were responsible for the plantation’s fifteen horses, forty head of cattle, and 300 hogs. Hundreds of pounds of crops were harvested, honey was collected, and even wheat whiskey from the plantation’s distillery. After the Civil War has ended and the slaves that worked these acres were freed, Timothy Chandler proposed that he start paying them a living wage to keep them working at Wheatlands. Many agreed to his proposition, and once Chandler passed away in 1875, they inherited parts of the  Wheatlands property and formed the Chandler Gap community in the hills just south of the plantation.

Nothing but A Tragic Past at Wheatlands

The plantation has witnessed a whopping 70 murders and deaths within its walls. Most of these murders have extensive reports backing them, which lends credit to the home’s gruesome history. The grounds were even battlegrounds during the Revolutionary and Civil Wars. An estimated 28 Cherokee people were massacred in the Battle of Boyd’s Creek, who are now buried in a mass grave behind the home itself. Fifty slave gravesites are also located on the property. When visitors walk into the parlor, they are greeted by the bloodstains on the floorboards from a father slain by his son, which has caused one of the most famous hauntings at Wheatlands. Visitors to the home report hearing the yells of a man, thuds, and then a sickening gurgling noise. It’s almost as if the murder is being played over and over again throughout history for all who are there to listen. Deceased members of the Chandler family are also said to linger here in the gorgeous home’s hallways and surrounding gardens. Many sightings of these forlorn spirits have been reported over the years. Spirits of slave children have been witnessed running about, playing on the grounds, even playing hide and seek with visitors who catch a glimpse of them. An apparition of a young girl in a blue dress has also been seen within the house, running up and down the stairs. Shadows and objects have been moved without explanation, and the gravesite areas are active with disembodied voices.

One account from an anonymous visitor to Wheatlands truly sums up the energies that reside within the home. This visitor arrived at Wheatlands in the autumn with her young children in tow. She wanted to provide them with a lesson on their vacation to Dollywood and remind them that history isn’t always positive. On their way throughout the home, her son started to mention how scared he was feeling. Not knowing the property’s past yet, she wondered what could be making him feel this way. Once they exited the home itself, the fear took him entirely over, and he felt as though he was going to faint. With not a drop of sweat on his body and the temperature of the day just under 70 degrees, he passed out with all heat stroke symptoms. Once he had come to and was cleared by local EMS, he mentioned to his mother that he had seen an apparition of a young African American boy dripping wet. The ghost seemed angry, and he ran towards the child, straight into his chest, causing him to lose consciousness and faint. It is a remarkable account that narrates the fear and physical feelings that the slaves here endured day in and day out. His mother mentioned that she couldn’t believe what she was hearing, as her son was a bit too young to understand what had happened at the home without her explaining it to him in simpler terms.

Indeed, history has not been kind to the Wheatlands property. It seems as if the land is a magnet for the dead, as the original builder, a Freemason, purposely built the home right atop a giant geode, which is known for its electromagnetic capabilities!

Haunted Now and Beyond

So, there you have it, a bit about one of Tennessee’s most famously haunted plantations and its underlying stories and secrets. The dark past of plantation homes across the United States remains, unable to be washed away no matter how hard we try to scrub. These structures must stand firm to teach our past mistakes. We’ll leave you with this short quote by the great B.B. King… ‘I was born on a plantation, and things weren’t so good. We didn’t have any money. I never thought of the word ‘poor’ ’til I got to be a man, but when you live in a house that you can always peek out of and see what kind of day it is, you’re not doing so well. And your restroom is not inside the house.’ Stay tuned for further articles on other Tennessee plantations and antebellum homes that hold more history than one could imagine!

For more hauntings in Nashville, check out our Top 10 Most Haunted Locations list!